With the 2017 ‘snap’ General Election almost upon us, several tax proposals have been dropped from the Finance Bill 2017 before parliament is dissolved on 3 May. The dropped proposals will be ‘held over’ until after the election when they become a matter for the next government.

Key proposals which have been dropped include:

A significant hike in the fee system for grants of probate was scheduled for May 2017. Several professional bodies had argued that the proposed fee would be completely disproportionate to the service provided by the probate court and represent a tax on bereaved families.

At present, estates in England & Wales are subject to a probate fee of £215 and any new rate would be a matter for the next government.

Proposals to introduce a digital quarterly reporting system for businesses were spectacularly unpopular, accompanied by confusion and disarray.

The MTD tax clauses have now been dropped from the Finance Bill although we anticipate technical specialists at HMRC will continue to work on how best to implement MTD for the next government. In the event of a Conservative victory, we expect to see these proposals back in one form or another.

Chancellor Philip Hammond announced in last month’s Budget that the tax-free dividend allowance was to be reduced from £5,000 to £2,000 pa with effect from April 2018.

This proposal has now been scrapped although expect it to resurface in the event of a Conservative election victory.

For more information on the tax proposals dropped or any other tax query, please contact [email protected] or call 01527 558539. 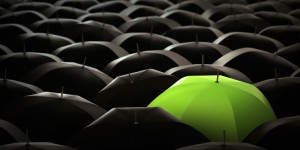