employed and self employed taxes – Following concerns from tax professionals and taxpayers alike on the tight implementation timeframe, the government will delay the introduction of quarterly reporting for unincorporated businesses and landlords with turnover below the VAT threshold until April 2019.

In addition, the cash basis entry threshold will be increased to £150,000 and exit threshold to £300,000, and will extend the use of the cash basis to unincorporated landlords. The government will also seek to simplify the rules on capital and revenue expenditure within the cash basis, to make it easier for businesses to work out whether their expenditure is deductible for tax.

The government had already announced that Class 2 NICs would be abolished from April 2018. This is the fixed rate national insurance paid by the self-employed.

This measure further increased the differential between the rates of National Insurance paid by employees and that paid by the self-employed.

To help reduce the differential and to reflect more equal pension entitlement, the Chancellor announced that the main rate of Class 4 NICs will increase from 9% to 10% in April 2018, and to 11% in April 2019.

However it is worth noting that after taking into account the end of Class 2 NIC only self-employed individuals with profits above £16,250 will have to pay more NICs under the new system.

The way in which employers remunerate their staff has been under the government’s spotlight recently including particular focus centred on salary sacrifice.

The government is now looking at how to further make the tax system fairer and simpler amongst employees and employers including looking at the taxation of benefits in kind and employee expenses.

The Government will publish consultations on the following:

As previously announced, a new Lifetime ISA will be introduced this April. The Lifetime ISA allows adults under the age of 40 to save up to £4,000 each year and receive a bonus from the government of up to £1,000 a year on their contributions. The funds can then be withdrawn tax-free to put towards a first home or when they turn 60.

Individuals have seen a welcomed increase to the annual allowance from £4,250 in 2015-16 to £7,500 in the current tax year. The government will now also consult on proposals to redesign the relief, to ensure it is better targeted to support longer-term lettings. This will help to align the relief more closely with its original intended purpose to increase supply of affordable long-term lodgings.

As previously announced the government’s new tax-free childcare scheme will be phased in from next month. The new scheme will allow eligible working parents to claim up to £2,000 per child towards the cost of childcare per year

Curo offers a range of tax services covering employed and self employed taxes. HMRC website has some guidance on the various obligations placed on individual taxpayers including rent a room relief. 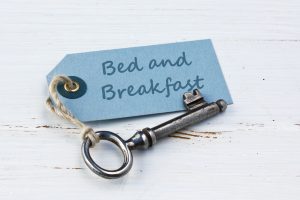 employed and self employed taxes